Hailed for his “trademark brilliance, penetrating sound and rich character” (New York Times), clarinetist Anthony McGill is one of classical music’s most recognizable and brilliantly multifaceted figures. In addition to his dynamic international solo and chamber music career, McGill is principal clarinet of the New York Philharmonic—the first African-American principal player in the organization’s history. In 2020, he was awarded the Avery Fisher Prize, one of classical music’s most significant awards given in recognition of soloists who represent the highest level of musical excellence.

McGill was honored to take part in the inauguration of President Barack Obama, premiering a piece written for the occasion by John Williams and performing alongside violinist Itzhak Perlman, cellist Yo-Yo Ma, and pianist Gabriela Montero. He is a dedicated champion of new music: during the 2020/21 season, McGill performs “Peace,” by Jessie Montgomery; “Ad Anah?” by James Lee III; a new work from Benjamin J. Shirley; “Book of Days,” by Daron Hagen; and “From The Mountaintop,” written for McGill by Richard Danielpour.

In the aftermath of the killing of George Floyd on May 25, 2020, McGill launched a powerful musical protest video urging people to #TakeTwoKnees in demonstration against the death of George Floyd and historic racial injustice. His video went viral, and hundreds of artists and citizens amplified the message and responded to the protest with their own videos using the hashtag #TakeTwoKnees.

A graduate of the Curtis Institute of Music, McGill previously served as the principal clarinet of the Metropolitan Opera and associate principal clarinet of the Cincinnati Symphony Orchestra. In demand as a teacher, he serves on the faculty of The Juilliard School, Curtis Institute of Music, and Bard College Conservatory of Music. In the fall of 2020, he was named Artist-in-Residence at the Cali School of Music at Montclair State University.

In 2015, McGill recorded the Nielsen Clarinet Concerto together with Alan Gilbert and the New York Philharmonic. He and his brother, Demarre McGill, the Seattle Symphony Orchestra’s principal flutist, joined the Chicago Youth Symphony Orchestras with conductor Allen Tinkham, to record Winged Creatures, an album of works for flute, clarinet, and orchestra including world-premiere recordings of duo concertos like the title track by African-American composer Michael Abels (Cedille Records). His Portraits, recorded with Demarre McGill and pianist Michael McHale, and Mozart and Brahms Clarinet Quintets, with the Pacifica Quartet, were both released on Cedille Records.

McGill has been covered in the New York Times and the New Yorker and has appeared on National Public Radio, Performance Today, and Mister Rogers’ Neighborhood. He served as the 2015–16 Artist-in-Residence for WQXR. NBC Nightly News and CNBC have both aired stories highlighting the McGill brothers’ inspirational story.

McGill is an ardent advocate for helping music education reach underserved communities and for addressing issues of diversity, equity, and inclusion in classical music. He is the Artistic Director for the Music Advancement Program at The Juilliard School, a weekend program for music students who demonstrate a commitment to artistic excellence, which actively seeks students from diverse backgrounds underrepresented in classical music. This year, in concert with a $30,000 charitable gift from the Avery Fisher Artist Program designated to a charity of McGill’s choice, McGill and Weston Sprott, Dean of the Preparatory Division of The Juilliard School, established the Weston Sprott and Anthony McGill MAP Summer Scholarship Fund so MAP students can take part in summer programs and festivals.

McGill serves on the board of directors for the League of American Orchestras, Cedille Records, and the Harmony Program, and on the advisory councils for the InterSchool Orchestras of New York and Time In Children’s Arts Initiative. Anthony McGill is a Vandoren Artist and Buffet Crampon Artist.

One of television’s most distinguished journalists, Smith has been a news anchor for more than 30 years. Before joining NBC News, he hosted the CBS News morning shows “The Early Show” and its predecessor “CBS This Morning” for 17 years.

Smith served as a senior correspondent for CBS News and substitute anchors for the “CBS Evening News”, “Face the Nation” and “CBS News Sunday Morning.” He also hosted the A&E series “Biography.”

Smith has interviewed a who’s who of world leaders from Barack Obama to Margaret Thatcher. He’s reported from the Persian Gulf War, the Iraq War and the war in Bosnia. Smith reported live from Tahrir Square the night Hosni Mubarak fell from power. He covered the revolution in Libya. Smith has also reported from disaster zones in the United States as well as Japan, Sri Lanka, Haiti and the Philippines. Smith has won several Emmy Awards and an Edward R. Murrow Award, as well as numerous other honors.

He is a proud graduate of Central College in Pella, Iowa. He is married to the remarkable Andrea Joyce, a sports reporter. 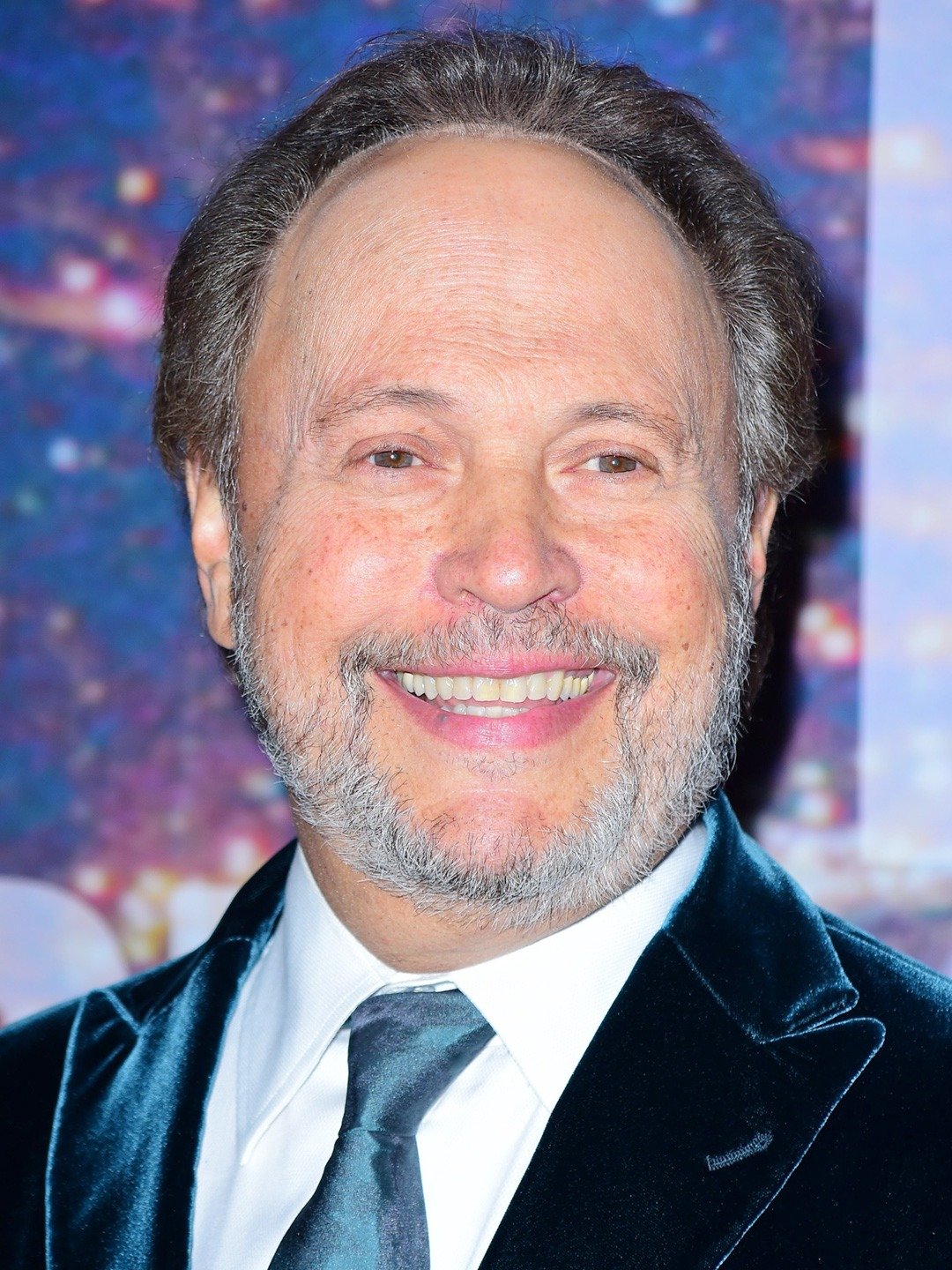 Billy Crystal is an American actor, comedian, singer, writer, producer, director, and television host. He gained prominence in the 1970s and ’80s for television roles as Jodie Dallas on the ABC sitcom Soap and as a cast member and frequent host of Saturday Night Live. As a Hollywood film star, he appeared in the critical and box office successes Rabbit Test (1978), The Princess Bride (1987), Throw Momma from the Train (1987), When Harry Met Sally… (1989), City Slickers (1991), Mr. Saturday Night (1992), Analyze This (1999), and Parental Guidance (2012)  and providing the voice of Mike Wazowski in the Monsters, Inc. films, starting in 2001. He will reprise his role in the upcoming Disney+ series Monsters at Work (2021).

For his work, he received numerous accolades, including six Primetime Emmy Awards (out of twenty-one nominations), a Tony Award, a Mark Twain Prize and a star on the Hollywood Walk of Fame in 1991. He has hosted the Academy Awards nine times, beginning in 1990 and most recently in 2012.

Performing contemporary gospel with a touch of jazz and blues, The World Famous Harlem Gospel Choir is synonymous with power vocals, glorious sound and infectious energy. For over two decades they have been America’s premier gospel choir and have toured the globe thrilling audiences with the inspirational power of black gospel music.

Deeply rooted in the history of the African-American slave trade, black gospel music can be traced back to the 1700s when African slaves brought their unique African musical heritage to America and combined it with their new faith – Christianity. Out of the hardship and the trials of slavery, this unique musical tradition came to be, and forever changed music as we know it. Blues, Soul, and Rock-and-Roll…they all have origins in black gospel music. Harlem Gospel Choir presents modern gospel classics as performed in the black churches of Harlem today.

Harlem Gospel Choir embodies the spirit of American Gospel. Every concert is infectiously enthusiastic; a roller coaster ride of singing and dancing; a gospel celebration! The Choir’s rich harmonies & dynamic sound are “UNFETTERED & JOYOUS”. Their harmonious songs of love and hope and inspiration will touch the depths of your soul, lift your spirit, and take your breath away!

Please call the Hebrew Home Development Department at 718-581-1848 to make this contribution.